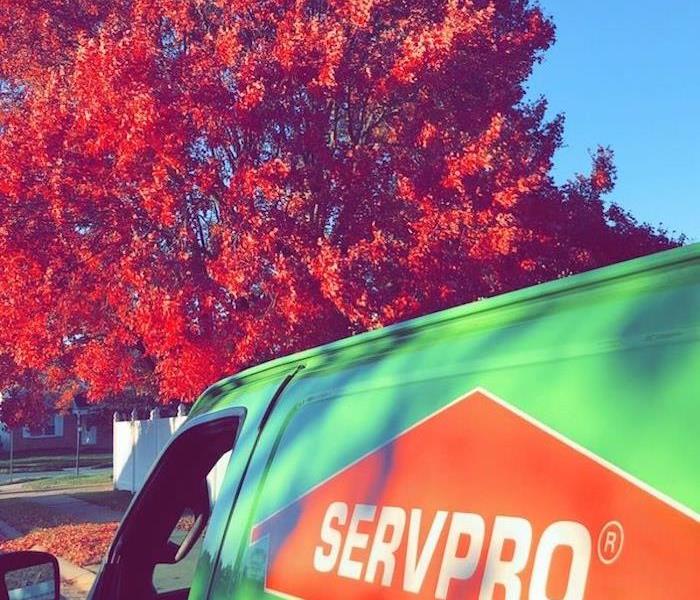 SERVPRO provides exceptional restoration services throughout Newark and surrounding areas. Call us right away for service in your home or business.

From the Revolutionary War to Today, Newark is Steadfast in Being a Close-knit Community

Newark is often confused with its namesake in New Jersey, but it is famous in its own right.

Established in 1694 by Welsh and Irish-Scot settlers, it became official when George II of Great Britain granted its charter in 1758. Its growth parallels our nation's development, and it has earned the city a role in history. Beautiful surroundings and community support make it a great place to live, work, and play.

Education has played an essential role in the area’s development, starting with the relocation in 1765 of a school from New London, PA to Newark, which became the Newark Academy. Many notable men were educated at the school, and the University of Delaware's origin can be traced to its existence. James Smith, George Read, and Thomas McKean, all signers of the Declaration of Independence, were educated at the Newark Academy. In 1883, Newark College was chartered and later joined forces with the Academy to become Delaware College. Eventually, the College would become the University of Delaware in 1921.

The Stars and Stripes are also said to have flown in battle for the first time right outside Newark at the Battle of Cooch’s Bridge. This critical battle of the American Revolutionary War in 1777 was the only battle fought in Delaware. British General Cornwallis and General Washington engaged south of Cooch’s Bridge. Sadly, Colonial troops were overpowered by the British and forced to retreat. Following this triumph, British forces advanced to successfully fight the Battle of Brandywine and eventually capture Philadelphia, the capital at that time.

In 1758, King George II authorized weekly markets in Newark for the exchange of goods. Still, it wasn’t until forty years later that the first industrial endeavor became a reality when the Curtis Paper Mill was founded. The Mill operated until 1997and it was the oldest paper mill in the nation until that time. Methodists built the first church in the town in 1812, and in 1837 Newark welcomed the railroad system.

In the 20th century, the Chrysler Newark Assembly Plant became one of the top employers and revenue-generating industries. Built in 1951, it was intended to make tanks for the Army within its sizable facility. Starting in 1957, Plymouth and Dodge vehicles were produced in this assembly plant, which remained open until the 2008 recession when it was forced to close down. Following its closure, the University of Delaware bought the land to develop a site for research and development and grow the University’s footprint.

Naturally, early descriptions of Newark and its surroundings share the agricultural nature of the area. Despite its origin, it is now marked by housing developments even if it remains close to farming communities in close-by Pennsylvania and Maryland. Newark is exceptionally close to “The Wedge,” where Maryland, Pennsylvania, and Delaware meet. It is also surrounded by extensive public parkland, which provides many options for those who enjoy outdoor activities. Hiking, horseback riding, mountain biking are all popular among the residents. Newark is also known for its role in developing figure skating athletes and serves as a training site for notable names in this field. The University of Delaware Figure Skating Club (an independent organization) started in 1986 and facilitates year-round training for amateurs and Olympians alike.

What to do while in Newark?

People of all ages can find something to do while visiting Newark, and some of the most popular locations are listed below.

Restoration of Your Newark Home

Our nation’s history can be appreciated throughout Newark, and many of our buildings date back many years. Being mindful of older building practices and materials is an essential step in remaining attentive to any threat to our home. However, something as simple as an electrical malfunction could ignite a fire and threaten all we hold dear. When accidents happen, and fire damage restoration becomes a need, SERVPRO is here to help.

We are part of the community, and our team operates under the most advanced best practices for the water and fire restoration industry. At SERVPRO, we strive to be quick and efficient, so damage doesn’t expand any further. We apply industrial-grade water removal equipment while we target cleaning solutions to remove soot and smoke from your home. Once you call our 24/7 hotline, you can rest assured that you are in the best hands during this emergency.

SERVPRO of Newark is at your service whenever you need us. We are your partner in coordinating all the moving parts of a restoration effort, including insurance, contractors, move-outs, and specialty drying solutions. When you call us at (302) 733-7933, you immediately gain access to the best in the field. Just like you, we want to minimize your loss and restore your home quickly, so the disaster feels, “Like it never even happened.”